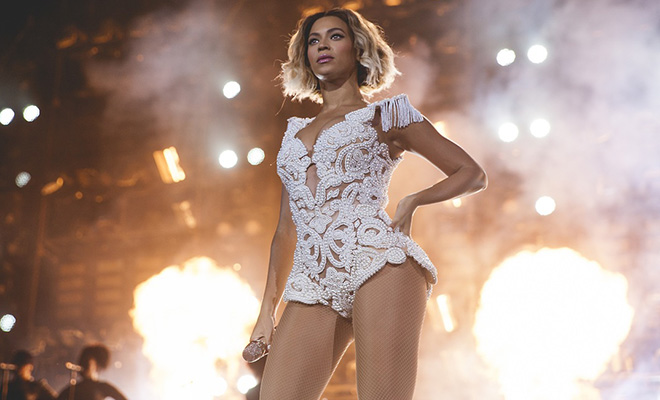 Beyoncé seems to be in a very giving mood this Christmas season!

Completely out of nowhere, Beyoncé decided that late Thursday night (Dec 12), just minutes before midnight, would be the perfect time to drop her highly anticipated new album.

The album — her fifth — is titled ‘Beyoncé,’ because of course it is. It has 14 tracks and 17 videos (it’s a “VISUAL” album, guys!) and will feature production from Timbaland and Pharrell (among others), as well as guest features from Jay Z, Drake, Frank Ocean, Kelly Rowland & Michelle Williams and her own daughter Blue Ivy. The 14-song collection features “Drunk In Love,” a new collaboration with husband Jay Z; “Mine,” featuring Drake; Superpower, with her “I Miss You” collaborator Frank Ocean; and “Blue,” a song with her daughter, Blue Ivy Carter. “XO,” long rumored to be a single from the singer’s new album, also appears on the track list.

Every song on the album has also been given a video, all of which are available on iTunes; “Grown Woman,” a promotional cut that Beyonce performed during her Mrs. Carter world tour this year, appears as a bonus video, but did not make the album’s track list. “Standing on the Sun,” penned by Sia and featured in an H&M ad, is nowhere to be found.