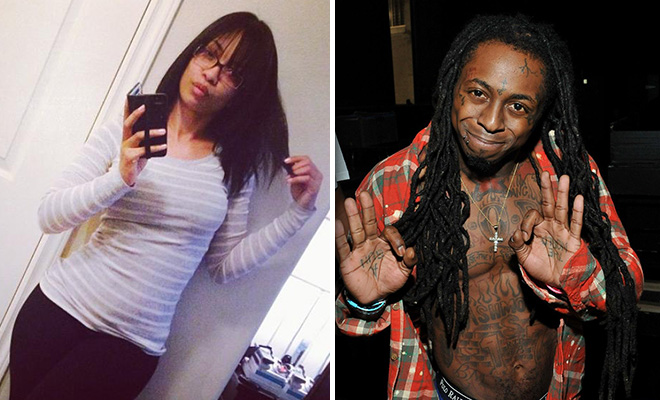 An era has ended. Karrine “Superhead” Steffans says that she is completely over and done with Lil Wayne.

The two have been off-and-on for the past couple of years, but we have a feeling this time things may really be over.

Steffans recently posted pics on her Instagram of a heated argument she and Weezy had. In the texts, Weezy tells Steffans to “shut the fuck up talking to me” and that it’s “war.”

Well Karrine obviously took this to heart, because shortly after revealing their conversation, in true “Superhead” fashion, she made a post going in on Weezy for being seen with a “mediocre nobody” (a jab at his girlfriend/fiancee/whatever Dhea) and even called the rapper a “stripper fucking joke” she can no longer deal with. Whatever the hell that means.

See the leaked text message exchange between the “star-crossed lovers” below: We wonder what could have started all of this … but with Karrine Steffans’ crazy azz, who knows?