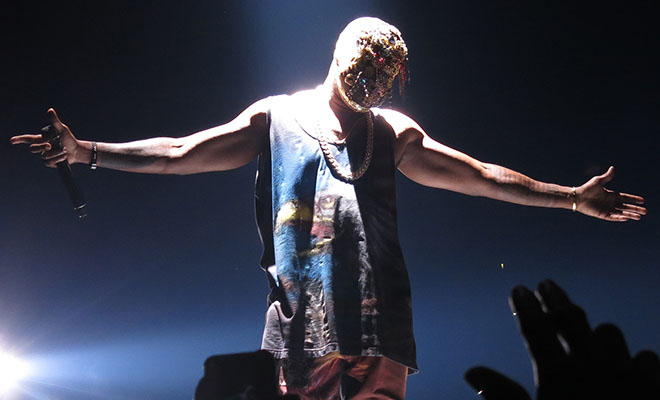 Kanye West is still making headlines for his ridiculous antics.

During his concert Sunday night in San Antonio, Texas … “Yeezus” kicked a heckler out of his show.

A woman standing near the stage kept yelling at Yeezy to take off his Maison Martin Margiela mask, which prompted the rapper to have security escort her out.

As the woman was being led out of the arena, Yeezy had a few harsh words for anyone else who may have felt the urge to cause a disturbance during his show:

Damn Yeezy … have a heart! Maybe the lady just wanted to see your face, seeing as, judging by her seat location, she did pay good money to see it.