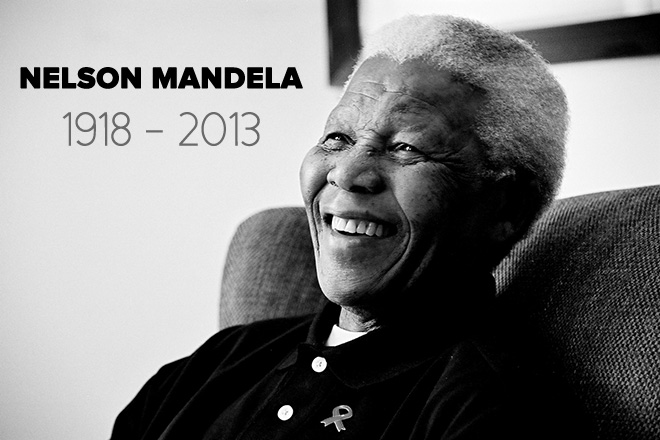 Nelson Mandela, the former South African President and revered leader who emerged from prison after nearly three decades to lead his country out of decades of apartheid, has died due to complications related to a recurring lung infection. He was 95 years old and will be greatly missed.

“He is now resting. He is now at peace,” South African President Jacob Zuma said in a statement, according to CNN. “Our nation has lost its greatest son. Our people have lost a father.”

“What made Nelson Mandela great was precisely what made him human,” the president added. “We saw in him what we seek in ourselves.”

Mandela will have a state funeral. Zuma ordered all flags in the nation to be flown at half-staff from Friday through that funeral.

Mandela, a former president, battled health issues in recent months, including a recurring lung infection that led to numerous hospitalizations.

With advancing age and bouts of illness, Mandela retreated to a quiet life at his boyhood home in the nation’s Eastern Cape Province, where he said he was most at peace. He was later moved to his home in the Johannesburg suburb of Houghton, where he died.

Despite rare public appearances, he held a special place in the consciousness of the nation and the world.

In a nation healing from the scars of apartheid, Mandela became a moral compass.

His defiance of white minority rule and incarceration for fighting against segregation focused the world’s attention on apartheid, the legalized racial segregation enforced by the South African government until 1994.

In his lifetime, he was a man of complexities. He went from a militant freedom fighter, to a prisoner, to a unifying figure, to an elder statesman.

Years after his 1999 retirement from the presidency, Mandela was considered the ideal head of state. He became a yardstick for African leaders, who consistently fell short when measured against him.

Warm, lanky and charismatic in his silk, earth-toned dashikis, he was quick to admit to his shortcomings, endearing him further in a culture in which leaders rarely do.

His steely gaze disarmed opponents. So did his flashy smile.

Former South African President F.W. de Klerk, who was awarded the Nobel Peace Prize with Mandela in 1993 for transitioning the nation from a system of racial segregation, described their first meeting.

“I had read, of course, everything I could read about him beforehand. I was well-briefed,” he said last year.

“I was impressed, however, by how tall he was. By the ramrod straightness of his stature, and realized that this is a very special man. He had an aura around him. He’s truly a very dignified and a very admirable person.”