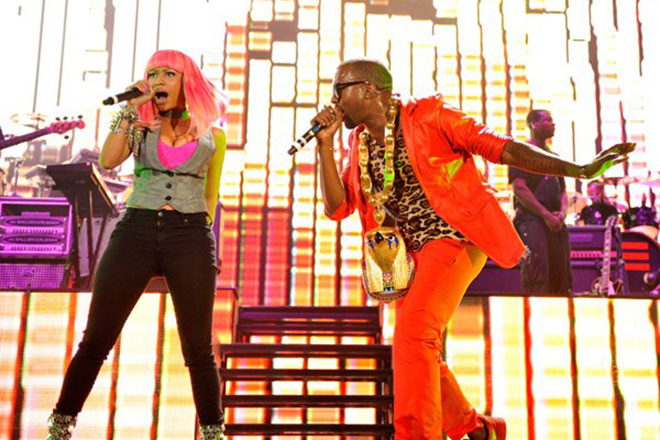 Nicki Minaj‘s epic verse on Kanye West‘s “Monster” is widely considered to be one of the best verses in Hip Hop, but according to Mr. West himself, Minaj’s bars almost didn’t make the final cut.

‘Ye made the shocking revelation during his interview with DJ Sway. You know, the one where he lost his cot damn mind for a minute and shouted at Sway, telling him how he doesn’t have the answers.

“It was like that moment when I thought about taking Nicki’s verse off of ‘Monster’ because I knew people would say that was the best verse on the best Hip Hop album of all time or arguably top ten albums of all time.

“And I would do all that work, eight months of work on “Dark Fantasy” and people to this day would say to me ‘My favorite thing was Nicki Minaj’s verse.’

“So if I let my ego get the best of me instead of letting that girl get the shot to get that platform to be all she could be, I would take it off or marginalize her, try to stop her from having that shining moment… as disruptive as that Nicki Minaj ‘Monster’ verse was, it’s how disruptive the Yeezys were. People hadn’t felt that feeling since the Jordans.”