GOSSIPONTHIS.COM Celebs Chief Keef Flirts With Lady Gaga on Twitter After She Calls Herself... 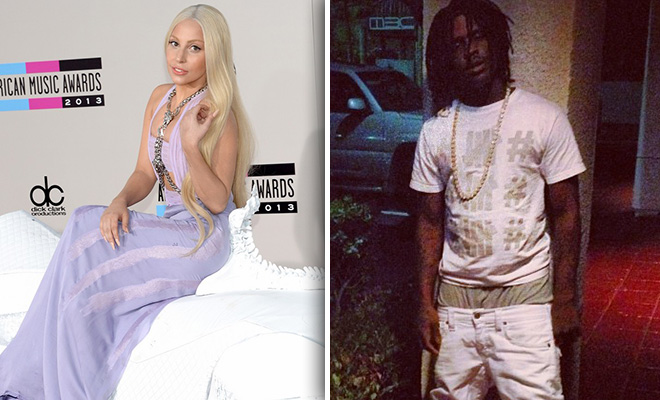 Lady Gaga raised more than a few eyebrows last week at the 2013 American Music Awards — not just by arriving on top of a horse, but also when she proclaimed herself to be a “big fan” of Chief Keef.

During an interview with E! News on the AMAs red carpet, Gaga co-signed the Chicago rapper and said that he has been on heavy rotation on her iPod.

After catching wind of Lady Gaga’s comments, Chief Keef used that as an opportunity to flirt with and profess his love for her via his Twitter page:

I love Lady Gaga For Sayin She Listens to a lot of me and What’s so crazy I was jus Watchin Dis redcarpet shit Like damn dis Girl fine ??????????

A couple days later, Keef followed up with another flirty tweet to get Gaga’s attention, this time using her Twitter handle, and telling her about a song he dedicated to her the night before:

And apparently it worked! Because Gaga hit Keef back the next day, on Thanksgiving, no less, with this:

“@ladygaga: @ChiefKeef THIS IS THE BEST THANKSGIVING EVER you look hot in that instagram”Dm me ????

Uh-oh… Let me find out we need to put out a new couple alert for Lady Gaga and Chief Keef!

For what it’s worth, here’s a recent video of Gaga smoking a ciagarette and jamming to Chief Keef while getting her makeup done: