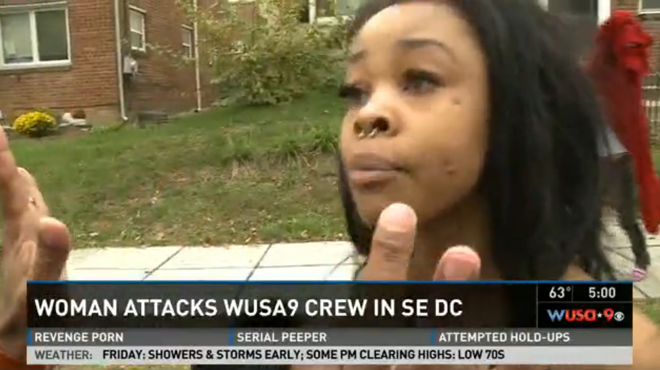 Quick: What’s skinny, wears a bad weave, has a septum piercing and a major attitude problem?

If you guessed Christina Aguilera, nice try, but no cigar.

In this video above from news station WUSA, reporter Bruce Johnson was attacked when he went to a house in Southeast Washington, D.C., to ask about an alleged home invasion and sexual assault.

Instead of finding a wimpering victim, the TV crew was met by this angry bird who was incensed that cameras were recording her home.

If homegirl had played her cards right, she could’ve been the next Antoine Dodson. Instead, it looks like she could face charges for putting her hands on Mr. Johnson.