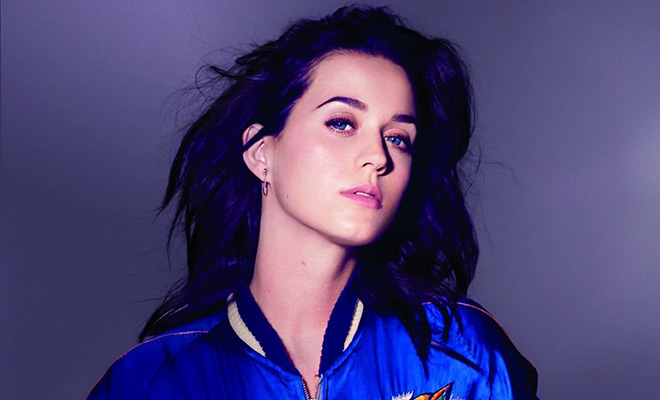 Katy Perry’s pop star rise has a lot to do with her toying with her sexuality — i.e. provoking the male gaze with whip cream shooting out of her boobs and singing about kissing other women.

However, with her zen-friendly new album ‘Prism,’ Katy’s proving she can be more than just a sexpot and she’s asking that her peers exercise that same versatility. She shared such musings in a new interview with NPR’s “Weekend Edition.”

Perry admitted that she’s nervous about being called a role model as it “will fail you.”

“I couldn’t tell kids when it’s time for them to try things or do things. I mean, that’s not my role. But, you know, it’s funny. I do see myself becoming this inspiration out of default right now because cause it’s such a strange world. Like females in pop — everybody’s getting naked. I mean, I’ve been naked before but I don’t feel like I have to always get naked to be noticed. But it’s interesting to see …”

Presumably so as not to offend anyone — especially her own pop star friends — Katy added:

“I’m not talking about anyone in particular. I’m talking about all of them. I mean, it’s like everybody’s so naked. It’s like, ‘Put it away!’ We know you’ve got it. I got it too. I’ve taken it off for — I’ve taken it out here and there. And I’m not necessarily judging. I’m just saying sometimes it’s nice to play that card but also it’s nice to play other cards. And I know I have that sexy card in my deck, but I don’t always have to use that card.”