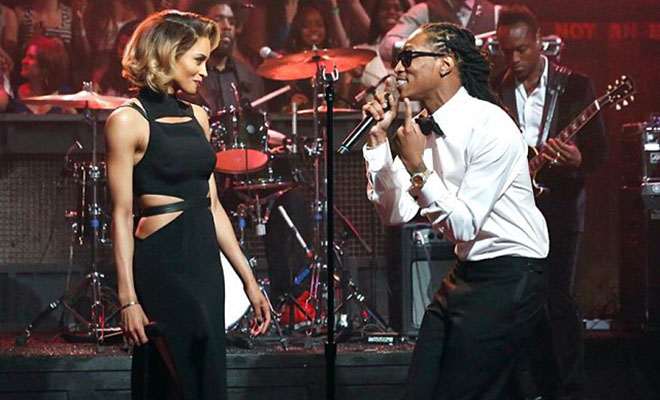 Well, if she’s not going to become the nouveau Janet Jackson, she might as well continue on with her push to become the second rate Kim Kardashian.

Ciara and Future have announced that they are engaged to be married. The AP reports that Future surprised his Grammy-winning fiancée with a 15-carat diamond ring over the weekend.

Future Says He’s Ready to Marry Ciara: “She’s the One!”

CiCi was celebrating her 28th birthday in New York when he proposed. The couple, who have been dating for a year, confirm via publicist that no wedding date has been set.

Ciara tweeted on Sunday, “Today Has 2 Be Like One Of The Sweetest Days Of My Life! #TheBestBirthdayEver. If I’m Dreaming I Don’t Want To Wake Up..Aaaaaahhh!!!”

Good for you, girl. Congratulations to the happy couple.

Now can you hear that noise? It’s the sound of those pregnancy rumors ramping up.