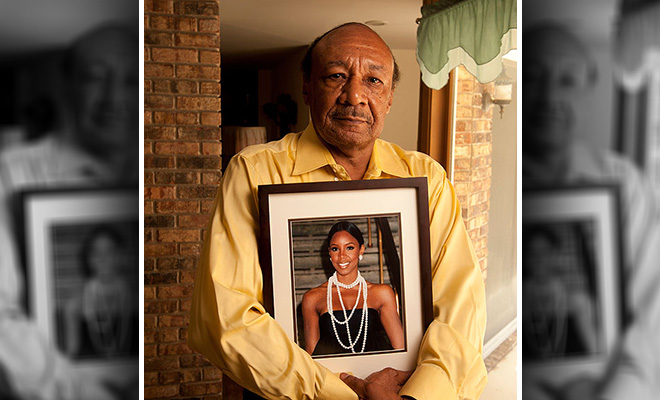 Kelly Rowland’s father Christopher Lovett left Kelly and her mother when she was only seven years old, and now he wants to reunite.

And how did he decide to break the news to her? By way of an interview with Star magazine. What a classy, classy guy that Christopher is.

Speaking with the tabloid, Lovett says, “So many previous years have passed and I’m getting old. I just pray she comes back into my life before it’s too late.”

Sir, you are getting a check for exploiting family drama. You could’ve just called Kelly’s mama Doris. I imagine that might’ve been a better way to smooth things over.

Then again, he did explain, “Whenever [Destiny’s Child] was on the cover of a magazine, I would call and beg them to tell her I was looking for her.”

In any event, Kelly’s dad admits that he was a hard drinker who “couldn’t control it” and lashed at Kelly’s mom in front of their child.

He added, “I hoped I could make it up to her. But I’m still waiting for that day.”

Mr. Lovett, we’re sure Kelly HEARS you, but she’s not LISTENING to you.

Also, this isn’t the first time he’s reached out.  Two summers ago Christopher Lovett made a very public plea in hopes of seeing his daughter for the first time in over two decades.

He recalled to the UK’s Sunday Mirror that he had seen Kelly in concert and sat in the “cheap seats at the back” crying “tears of joy.”

He even begged a security guard to pass along a personal note to Kelly, which read: “Darling I have been looking for you. I am so proud of you and I love you so much and I just long to tell you that in ­person. Love Dad,” but Lovett said his request fell on deaf ears because the guard refused to believe Lovett was really Kelly’s father.

After hearing about her father’s failed attempt at reaching out to her, Kelly responded in a November 2011 interview with UK Cosmo:

“He reached out to me saying he wanted to see me, but it’s unfortunate he did it so publicly. I want to meet him, and soon, I really do. I forgave him a long time ago. I haven’t seen my dad for almost 20 years. It’s nothing I want a pity party for. He left me and my mom and I was angry. I wanted to be a daddy’s girl so bad…”The Cosby Show” … made me think, ‘Why aren’t my family like that?’ But this is not a perfect world.”