GOSSIPONTHIS.COM Celebs There May Not Be A Kimye Wedding After All 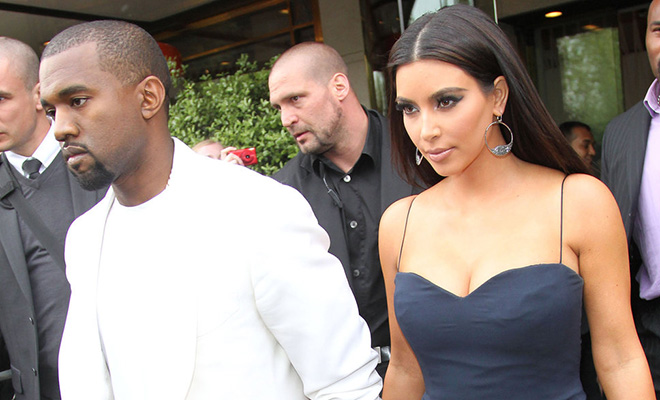 There’s a nasty rumor out claiming that Kanye West has told Kim Kardashian that he has no intentions of marrying her.

Instead, they’ll be “partners,” kind of like Scott and Kourtney. Or Goldie Hawn and Kurt Hussell and Susan Sarandon and Tim Robbins, or at least, how they used to be.

I have a feeling Kim still wants to be married regardless as to whether or not this rumor has any validity to it. That said, I don’t doubt that she wouldn’t go with the status quo if it prevented her from being alone — which appears to be her biggest fear.

You all can play around with this rumor, though, and place your bets (via Radar Online):

“Kanye is telling friends that he’ll never marry Kim,” a source close to the singer reveals to Radar. “He has no need or desire to make their relationship official in the eyes of the law.”

Instead, “Kanye prefers the idea of them as ‘partners,’” the source explains. “He sees marriage as outdated and he’s all about embracing the modern and the new. He doesn’t feel like he has to marry Kim just because they have a [daughter, Nori] together.”

And despite recent reports, Kardashian is totally content to keep their relationship as it is — for now at least.

“Kim feels like she’s been there, done that when it comes to a big, splashy wedding,” the source explains. “She used to be so much more into the fame game, but now that she’s drifting away from the family and trying to do her own thing, she’s becoming more adamant about doing things on her own terms and keeping it low-key. It took her a while to learn the value of privacy, and to abandon the idea of another over-the-top wedding, but she’s getting there thanks to Kanye’s influence.” Plus, she can’t help but remember the humiliation she suffered after her “fairy tale wedding” to Humphries ended in divorce, says the source.

Other people in her life, however, might not be so happy about giving up the magazine covers, TV specials, and publicity that would accompany a Kimye wedding.

“Some of Kim’s family still want her to get married to Kanye,” the source hints. “But even they are coming around.”