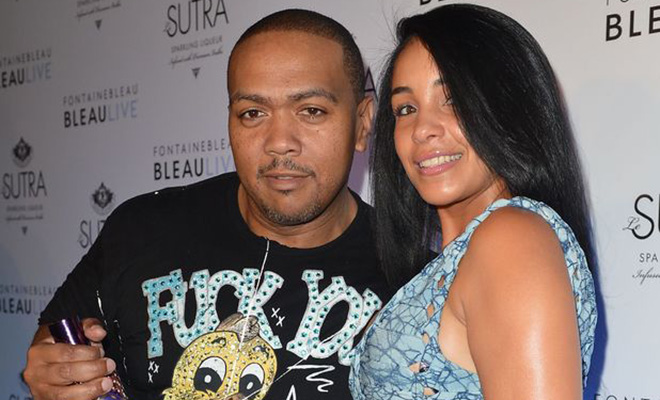 Timbaland‘s wife is over it and has subsequently filed for divorce.

In divorce documents obtained by TMZ, Monique Mosley says that although she and Timbaland have been married for 5 years, they’ve been a couple for twice as long.

She wants a whole lot of money from him — i.e. a lump sum,  “rehabilitative alimony,” and permanent alimony. She also wants child support for their five-year-old daughter and even money for the 10-year-old she had with a different man.

According to Monique, Tim’s the daddy for both given he’s “publicly and privately proclaimed this child as his own.”

Additionally, she wants money for life insurance, private school, vacations, summer camp and other expenses. Naturally, she wants Tim to cover her legal bills, too.

Timbaland is worth nearly $80 million, so he could technically afford it. The question is, though, should he be required to pay all of that? I mean, she wants alimony even before they officially divorce.