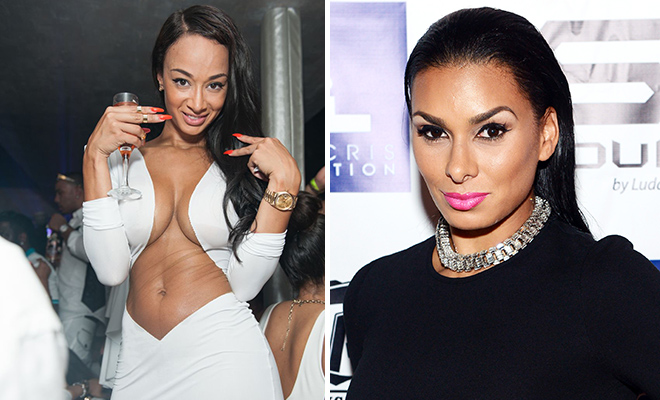 For those of us who watched Laura Govan on Basketball Wives: LA, we’re used to her being a jackass.

We’re also used to one particular diss she likes to toss in the direction of the reality show’s real star, Draya Michele: The show is more about “hoes” than actual wives.

Last week, Laura — a former (FORMER!) “Basketball Wives” star herself — threw shade at the ladies of both of the franchises, stating that although the reality series is called “Basketball WIVES,” there are a bunch of “hos” on the show instead.

Here’s the thing, though: Laura Govan is nobody’s wife. In fact, at one point the man she has several kids wife threw her and the kids out of his home and she had nowhere to go. You know, just like how a man does his “hoes.”

What I love about Draya is that she will pop back. She was spotted at the book party for co-star Jackie Christie’s new literary masterpiece, Sexual Relations: A His & Hers Guide to Greater Intimacy.

When asked about Laura’s comment, Draya quipped in response, “She’s not on the show anymore so … it is what it is.”

Get it over, Govan sister.