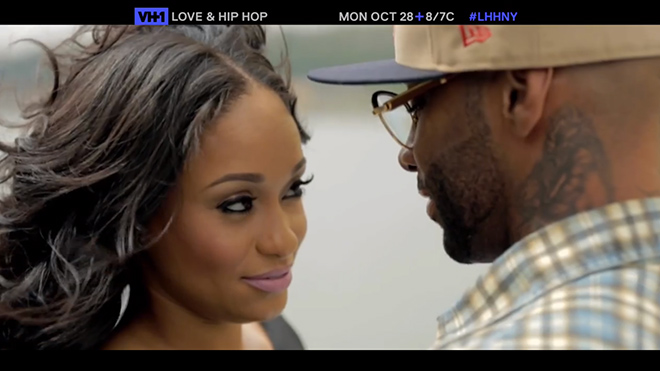 “Love & Hip Hop (New York)” is back for its fourth season, set to premiere later this month, and VH1 has released a teaser trailer to give you a sneak peak at what to expect from it.

In the 30-second clip, Tahiry Jose and Joe Budden look like they’re trying to give their relationship another chance, but things don’t look too promising.

Elsewhere, Erica Mena seems to have moved on from Rich Dollaz and is now with a woman (no surprise there!), Yandy Smith is still dealing with being a single mother due to her fiance Mendecees‘ unfortunate incarceration, and newcomer K. Michelle has brought her “charm” from Hotlanta all the way up to the Big Apple.

Though it remains to be seen how K. Michelle will fare with her new cast mates, we’re sure her job is the bring the drama, just like she always has and always will.

WATCH THE SNEAK PEAK UP TOP, and be sure to catch “LHHNY” when its fourth season premieres on Monday, October 28th at 8/7c!