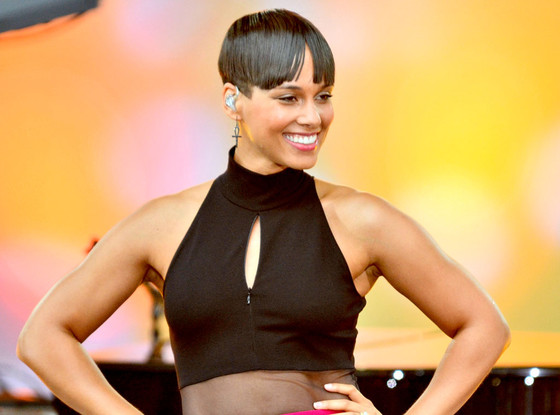 While promoting a new passion project, the independent drama The Inevitable Defeat of Mister and Pete — starring Jennifer Hudson, Jordin Sparks, Anthony Mackie, and Jeffrey Wright — Alicia Keys was asked about extraterrestrial life and revealed that if she could, she’d hang out with ET.

Q: Do you believe that aliens exist?

Q: Living among us?

Q: You ever meet anyone you think is an alien?

AK: Yeah, I’ve met some serious aliens in my life, for sure [laughs]. I’m sure you’ve seen a UFO. Haven’t all of us seen something flying in the sky, and it’s at some random time of night that doesn’t make sense, and it’s not the shape of a plane?

Q: If an alien wanted to take you to space, would you go?

She handled this well. She shared her suspicions and beliefs and injected a little humor with it, which helps avoid people trying to put her on the crazy train. Well done, Alicia. Well done.

Personally, I think it’s selfish and outright silly to think we’re the only species of our kind in the ever-expanding universe. But you know, I probably wouldn’t go anywhere with E.T. Riding public transit in New York City is strange enough.