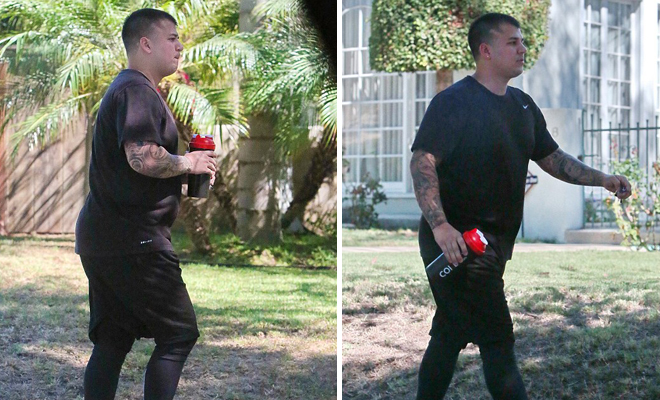 Health experts say that men lose weight more easily and rapidly than women, but Rob Kardashian is the exception to that rule.

Like Janet Jackson, Rob Kardashian’s weight has yo-yoed up and down over the last few years. He was in fighting form in 2011 for his stint on “Dancing with the Stars” but he’s been chubba-chubba since 2012. Earlier this year, Rob seemed to be on the right track as he was enthusiastically making an effort to exercise and train with the Game.

The Daily Mail highlighted Rob’s latest attempt to get fit but apparently, he’s downgraded from going out on runs to just walking. While something is certainly better than nothing, Rob is gonna have to kick it up a notch if he hopes to make a dent in his Pillsbury Dough belly anytime soon. If Rob’s considering another reality TV stint, maybe he should look at joining the cast of “Biggest Loser”. Oh, and he might want to skip going for seconds this Thanksgiving too.