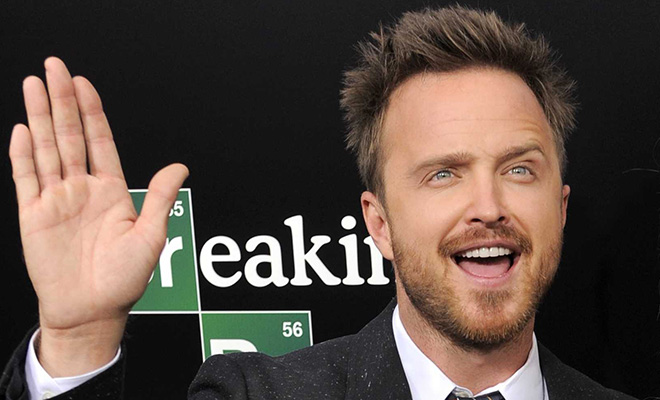 The 34-year-old managed to raise $1.8 million for The Kind Campaign by offering the chance to watch the finale of the AMC series with the show’s cast.

Even more heartwarming is the fact that the charity is run by Paul’s wife Lauren Parsekian. The non-profit organization works to reduce girl-on-girl bullying and is illustrated in Parsekian’s documentary “Finding Kind.”

Paul took to social media to express his gratitude for fans who participated in the contest.

“We raised nearly $1.8 million for @kindcampaign,” he tweeted. “That is because of all of you. Words can’t express how unbelievably grateful I am. #iLoveU.”

So just what did all the lucky winners of the auction get?

On Sunday (Sep 29), the two will be flown to L.A. where Paul will be waiting to personally drive them to a “Breaking Bad” finale viewing party.

Once there, the lucky pair will spend time with the cast and learn to “cook” as his character does in the show. We’re guessing they’ll learn how to cook faux meth.

Known as one of Hollywood’s resident “nice guys,” Paul is set to star in the upcoming thriller “Need for Speed.” The Emmy-winner will also appear in the final episode of “Breaking Bad,” this Sunday.