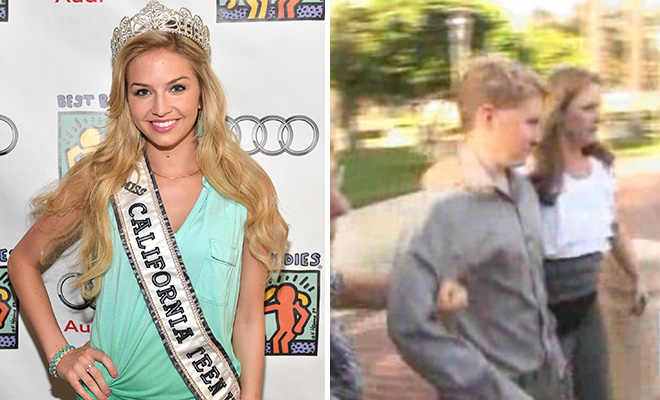 The blonde cutie told Today.com that months before she was crowned, a mysterious man emailed her claiming to have hacked into her email and webcam in order to obtain intimate photos of her. The man then attempted to blackmail the 19-year-old.

Thankfully the identity of the perp has been uncovered. According to Jezebel, Jared James Abrahams turned himself in on Thursday and it appears he’s done this to several women, some of which are underage.

Abraham has admitted to hacking and obtaining nude photos of these women and attempting to collect money in exchange for not going public with the photos. In some cases, he asked his victims to strip during a Skype session in order to keep the photos for himself.

As the L.A. Times notes:

One teenager in Ireland responded to the demands by writing: “Please remember I’m 17. Have a heart,” according to the court record.

Abrahams purportedly responded: “I’ll tell you this right now! I do NOT have a heart. However, I do stick to my deals. Also age doesn’t mean a thing to me!!!”

Oddly enough, Abraham went to high school with Wolf, who went straight to the police when she discovered she had been hacked.

For now, the internet perv is out of jail after posting bail in the about of $50,000. It remains to be seen how much time he’ll serve in prison.