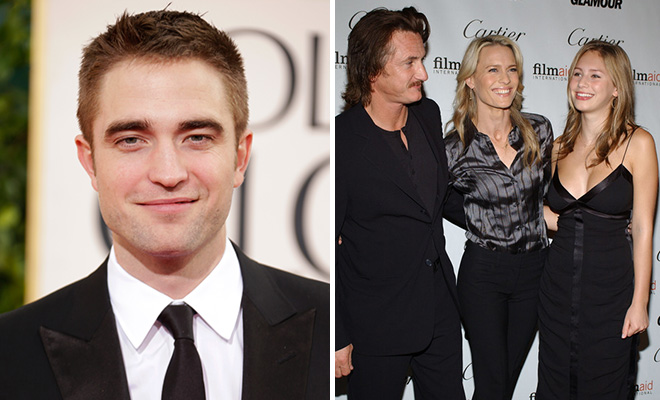 Robert Pattinson has repeatedly been linked to a “mystery woman” over the last few weeks and it appears she may have been identified.

Life & Style is claiming that the 27-year-old has been getting cozy with Dylan Penn, the daughter of Sean Penn and Robin Wright.

The “Twilight” sensation and the 22-year-old model were reportedly spotted at LA’s Viper Room earlier this month.

“They were touchy-feely and very flirtatious. There was a level of comfort there,” a source told the mag “You could tell they’ve hung out a few times.”

Another witness spotted the pair together at the Chateau Marmont later that evening.

“They went into his kitchen, and he put his arms around her. Then he was kissing her neck and talking all lovey-dovey. It was clear they’d been out together before.”

Pattinson has been link to a bevy of women since he split from longtime girlfriend and co-star Kristen Stewart back in May.

The actor has been busy working on multiple films including “Map to the Stars,” with Julianne Moore and Mia Wasikowska, “Mission: Blacklist,” and “Queen of the Desert,” with James Franco and Nicole Kidman.