GOSSIPONTHIS.COM Celebs Drake and Chris Brown Hug It Out Over Drinks Backstage at iHeartRadio... 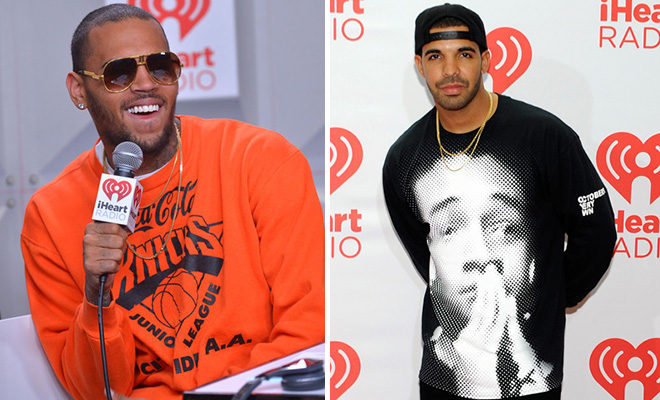 In a win for emotional light skinned Black men everywhere, Chris Brown and Drake have reportedly hugged out their differences. It appears Aubrey and Christopher Maurice saw each other over the weekend at the iHeartRadio Music Festival in Las Vegas.

A source says, “Drake came on Friday with his whole crew, and watched Chris’ entire set.”

After Chris left the stage, “They were backstage hugging and drinking.” The two were so chummy that they’re talking of working on tracks together. Please, oh please don’t let any of them mention Rihanna.

In any event, the mediator of this reunion was Def Jam music exec Abou Thiam — who just so happens to be one of Brown’s managers. Not a bad move, Abou. Chris could use all the good press he can get.

Apparently the reunion wasn’t so hard to set up as Thiam is “very friendly with Drake, and worked to try and get him and Chris together to put their differences aside.”

And now, peace is here.

No more tossing of bottles at each other. No more diss tracks. No more virtual knife fights behind Team Breezy and Drake fans.

So how long before Teyana Taylor and Rih Rih make amends?