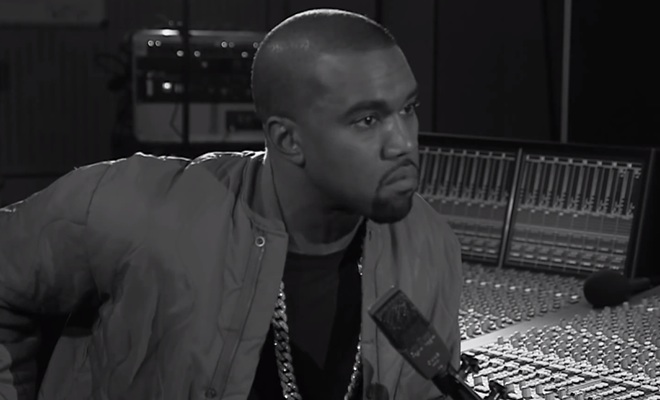 He may be occasionally damning materialism and corporatism, but Kanye West is still acting like a diva is a definition of a hustler when it comes it his demands.

The rapper, who recently stopped by the BBC’s Later with Jools Holland, irked the hell out of BBC staff members with his antics. This includes rebuilding the studio set to his demands before he hit the stage to perform.

He also wanted his dressing to be replaced with the color white, including the walls, flowers, and furniture. On top of that, he asked the BBC employees that his carpet be ironed because it was too bumpy.

A source told The Sun newspaper: “Everybody knew Kanye’s reputation for being a handful, but nobody had heard of a request for a carpet to be ironed before. His entourage took over the studio, even though plenty of other stars were present. Luckily once he got to the performance he was very quiet and unassuming.”

I would say he’d stop with age, but there’s Jennifer Lopez to shoot down that fantasy.

Excerpts by way of Miss Info:

Kanye on his current role in music and culture:

Kanye on the fashion industry, and struggles he’s faced:

“[Me and Virgil Abloh] brought the leather jogging pants six years ago to Fendi and they said no. How many motherf*ckers you done seen with the leather jogging pants? So when I see Hedi Slimaine and it’s all like, ok, this is my take on the world. Yeah, he got some $5,000 jeans in there, there’s some good sh*t here and there. But we culture. Rap is the new Rock N Roll. We the rockstars. IT’S BEEN LIKE THAT FOR A MINUTE HEDI SLIMAINE, IT’S BEEN LIKE THAT FOR A MINUTE. We the new rockstars and I’m the biggest of all of them.”