GOSSIPONTHIS.COM Celebs Frank Ocean: I Used to Be a Thug Who Sold Crack &... 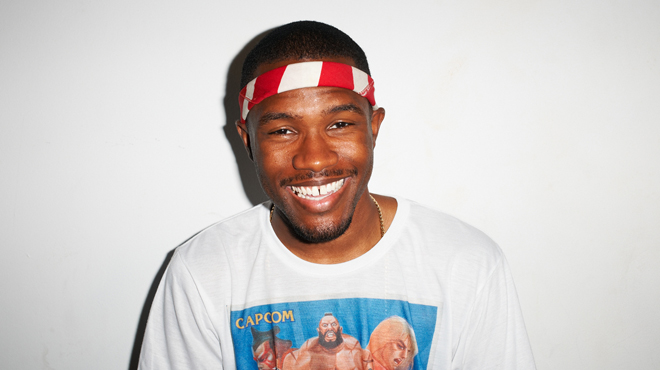 Before he started making people dive deep into their sensitivity with his heart-wrenching songs, Frank Ocean was selling crack and cocaine. He made the revelation in his cover story with Oyster magazine.

The singer-songwriter — who made it clear he wasn’t thrilled with being interviewed, but obliged all the same — explained that in another life, “I was a thug. I sold a lot of cocaine and crack.”

Somewhere Chris Brown is screaming, “SO! I go to Compton all the time.”

Don’t worry, sis, you’re a gangsta, too. Actually, not, but you look cute when you try.

Anyway, beyond that big reveal, Frank talked about his past in another capacity — namely not having a Joe Jackson figure in his life who really pushed him to pursue his creative talents. Joe Jackson must be pleased with this shout out. Conjuring up a seance to inform Michael, “At least somebody appreciates me.”

On the lack of disciplinarian in his life:

Frank Ocean: …You know, I didn’t ever have a disciplinarian in my creative life. As a young person I didn’t have — for lack of a better word — I didn’t have a Joe Jackson in my family. I didn’t have that sort of overbearing stage-parent… Or, even, I didn’t even have a parent who encouraged what I did in that way. And — don’t bring out the string section. It’s not really sad — what it did foster is… Well, my attitude was pure. I love to make music, and I love to write. It was writing first. I love to write and express myself in that medium, so that was the pure part — just the love of doing something, but there was also this fantasy of what the lifestyle would be and what the trappings of success would be. There are different little montage clips that you make up in your mind, like what a day in the life would be like once you’re a fully grown whatever-you’re-going-to-become, you know?

Oyster’s Zac Bayly: Yeah. I think every decision I make in life is based on a montage that I see in my head.

Frank Ocean: Yeah — yeah. I think that was me, but there was a transition — and it wasn’t like I just woke up and had an epiphany, but it was a transition where I began to [realize] that if I didn’t really begin to focus on the work, I couldn’t see any way for me to become who I wanted to become. It just wasn’t gonna happen. And then somewhere in that time of my life it was like… Instead of wanting to get to a certain level of fame or how much liquid assets I had under my name, it was more like, “How well can I develop my skill set?” You know? “How far can I push my creativity? If I’m gonna do this — if I’m gonna be a singer/songwriter — then OK, I’m a singer/songwriter, but how can I be the best?”

Whew, glad he got it together and became Frank Ocean!

What would the world have been like if he had ended up just as Christopher Edwin “Lonny” Breaux, the dude who used to sell crack and coke before he could vote or legally buy a bottle of Ciroc?