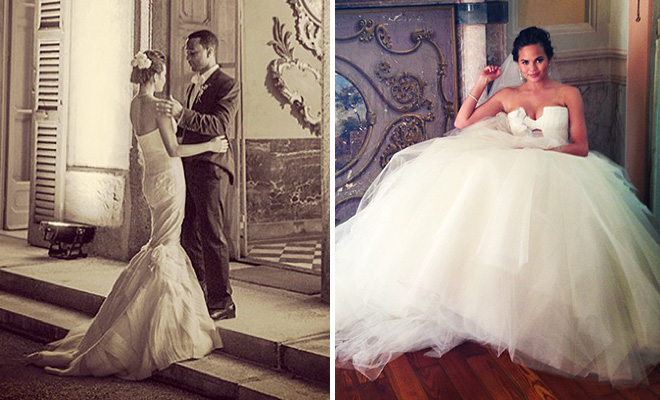 John Legend and Chrissy Teigen have finally made their romance official by getting married!

The R&B singer and the Victoria’s Secret model exchanged vows in an intimate wedding front of friends and family in Lake Como, Italy, according to People.com.

Joining the couple to help them celebrate on their special day were some of their celebrity friends, including Kanye West and Stevie Wonder, along with Brooklyn Decker, who was a bridesmaid, US Weekly said.

Teigen reportedly wore not just one or two, but THREE Vera Wang dresses for her wedding: a strapless ivory gown with an open back for the ceremony, another strapless dress for the reception, and then for the after-party she wore what People described as a “crimson strapless mermaid gown.”

Topping her special night off, the bride got serenaded by her new husband, who sang a song from his new album he wrote especially for her called “All Of Me.”

John and Chrissy have been dating for nearly seven years and became engaged in December 2011 when Legend popped the question while the couple were on vacation in the Maldives.