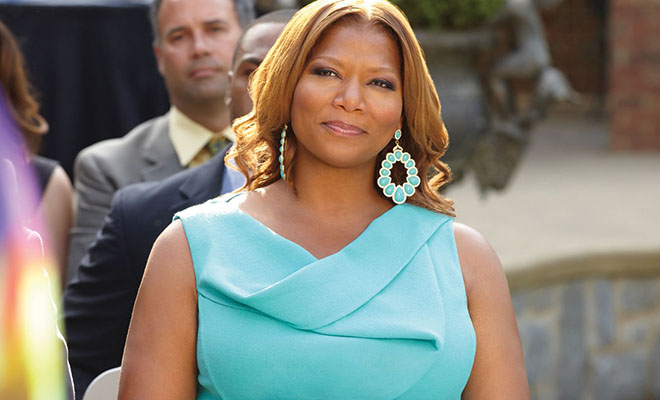 In a new interview with VIBE, Queen Latifah reveals past political ambitions. She wouldn’t be the first Hollywood Black star.

Years ago, Will Smith once toyed with the idea of running for president one day, though I don’t see that happening now given his kids, his movies, and his weird interviews of recent months.

Anywho, Queen La says that if she felt she could make a difference, she might still run one day.

We’re getting pushed back to the dark ages. We’ve made progress in this country, however, we still have a lot of prejudice: removing the Voting Rights Act, people wanting to appeal Affirmative Action. We can hardly even have a conversation about race.

Running for office was definitely something I’ve thought about. When I was younger, I wanted to major in political science. And I’ve been engaged in current events since I was a kid. If I can make a difference and feel passionately and capable, then I would. Why not?

Funny enough, I could actually see this working for her in the years ahead. She’s extremely charismatic and thoughtful, and not only that, but white people love her as do Blacks.

The only thing that could possibly hold her up is that whole thing where she doesn’t talk about her personal life. By that I mean, her sexuality. No, it shouldn’t be anyone’s business, but it matters in politics. Ask Anthony Weiner, Bill Clinton or John Edwards.

I will say that if she came out it wouldn’t hurt her at all. In fact, in the coming years there will be greater searches for more women in general in politics but especially Black women in politics. The same can be said of lesbians. So like, it could work…if she wanted it to.