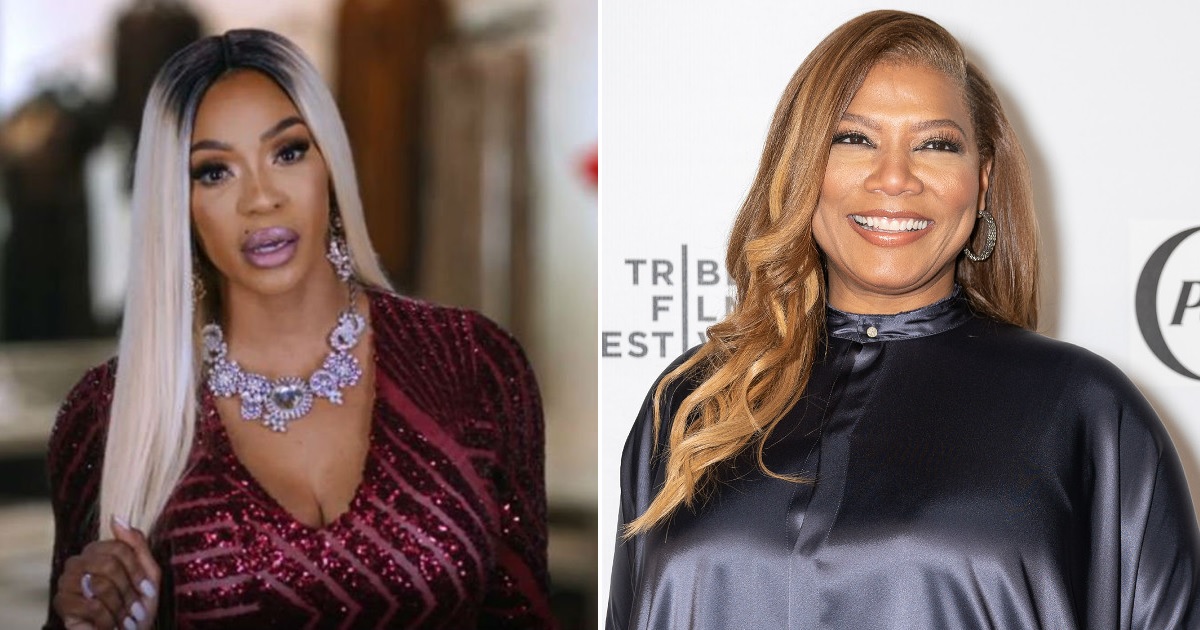 While her sex life has been front and center on the show, she just dropped a royally huge bombshell regarding her past dating life.

Pooh appeared on the Domenick Nati Show and addressed rumors that she once dated Queen Latifah. The Atlanta socialite admitted to briefly dating the rapper/actress when she was younger and exploring her sexuality.

“It was a good break-up. It just that I wasn’t ready for the lesbian scene at the time because I was young and I didn’t quite understand it,” she added, noting that the relationship only lasted a few months. “I was just kind of like, young and confused and just experimenting. Doing a little of this and a little of that.”

Pooh says she met Latifah through mutual friends back in the day and the two eventually went their separate ways.

“It wasn’t really a ‘break-up’, break-up. She went on to Hollywood and did her thing and we just went our separate ways,” she said.

She even dropped some tea, stating the truth was all revealed during the reunion which left Karlie crying for “two hours.” And that she passed a lie detector test, while Karlie failed hers.

The couple does NOT have an open marriage. But they did engage in threesomes for “special occasions” like Valentine’s Day or Hiriam’s birthday.

You can listen to Pooh Hicks’ Domenick Nati Show interview below: