GOSSIPONTHIS.COM Celebs James Franco Isn’t Gay, But He Wishes He Was 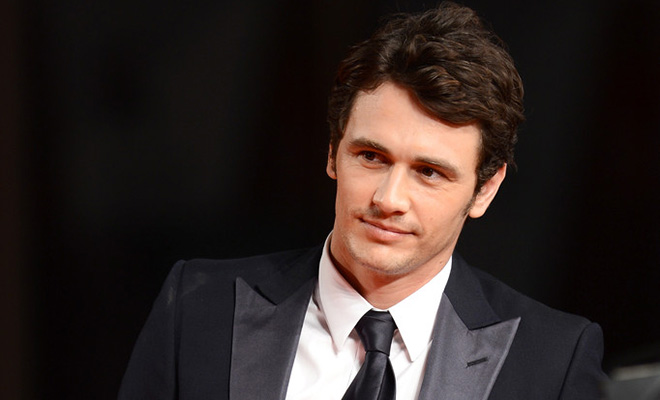 James Franco is known for being quite the multi-tasker. Basically, the reason it’s so hard to get a job in the entertainment industry is because he took them all.

The actor, director, novelist, sometime soap star, and documentarian is also famous for his love of higher education and taking on his fair share of gay roles.

In a new interview with Marlow Stern of The Daily Beast, Franco is ask about the gay rumors/jokes that have followed him around for the last few years.

With the gay jokes, it seems like when an actor plays a gay character convincingly onscreen, whether it’s you in Milk or whoever, gay rumors seem to sprout up about that actor. And, of course, there were a lot of gay jokes directed at you during the roast, as well as in This Is the End.

There’s two sides to what happened in the roast. If that’s what they were going to make fun of me for, I was like, “Great! Bring on the gay jokes!” because these aren’t insults at all. I don’t even care if people think I’m gay, so it was like, “Awesome!” I mean, I wish I was … I wish I was gay.

I mean … we don’t have to go into it. But as far as that larger phenomenon that you’re talking about that happens to other actors, part of it is that movies are a place where people can project things and identify with characters, and it’s the same thing with actors outside of their roles—and it’s been that way since Hollywood was around. That’s why there’s a lot of conjecture. That’s been one of my things, too. My relationship with my public image over the past four or five years has just become weirder and weirder, because I look at it and it’s me, and it’s not me, so if other people want to use that for their own purposes or needs, I’m fine with it.

Franco has portrayed gay characters in films like “Milk” “Howl” and “The Broken Tower.”

He’s currently attending the Toronto Film Festival to promote his latest film “Child of God,” which centers on a necrophiliac killer who torments a Southern town. The 35-year-old directed the unsettling thriller, which marks one of his many forthcoming projects.

The Oscar-nominated star was recently roasted during Comedy Central’s “Roast of James Franco,” which featured comedians like Aziz Ansari and Sarah Silverman as well as co-stars Seth Rogen and Jonah Hill.