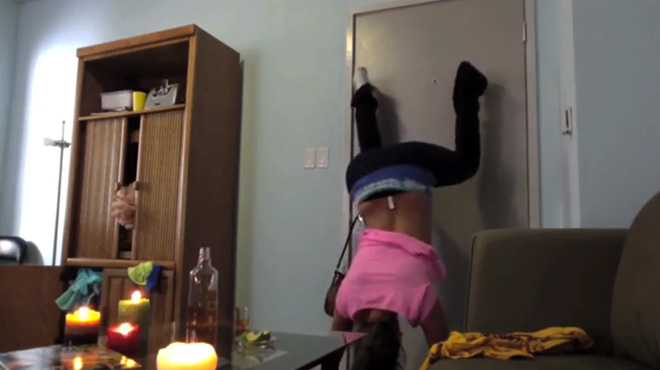 Now that Miley Cyrus has gone and made “twerking” a household name in mainstream America, everybody (and yes, their mamas too) wants to do it.

YouTuber Caitlin Heller thought it would be cute to make a “sexy twerk video” for her boyfriend when “things got a little too hot,” as she put it.

While Caitlin was twerking away, upside down on the door of her apartment, her roommate — unaware of the twerk-fest happening on the other side — walked in, sending Caitlin crashing down onto a glass table with an open container of alcohol and lit candles.

You can probably take a wild guess at what happened next … but it involved a lot of fire and a lot of high-pitched shrieking (if you’re wearing headphones you might want to turn the volume down).

Obviously she made it out OK because she’s the one who uploaded this video for us to point, laugh at, and also learn from. At the time of this posting, it has been watched at least 5 million times since it was uploaded on September 3rd.

That means millions of people have learned one important lesson: twerking ain’t for everybody.

WATCH THE “WORST TWERK FAIL EVER” AT THE TOP! 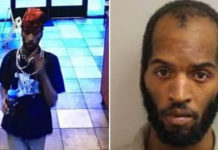 Mugshot Madness: Florida Woman Set on Fire at Taco Bell By Man Who Identifies As Female