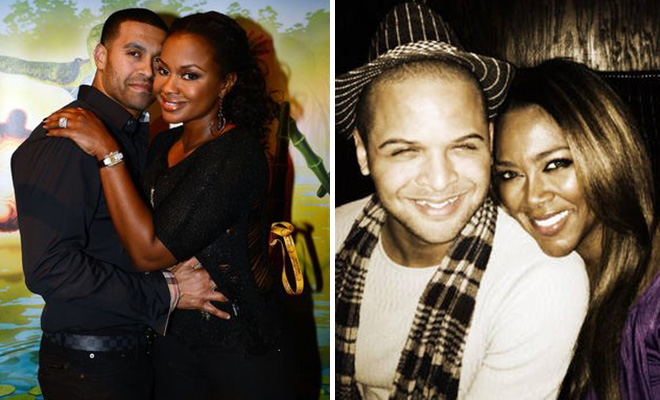 Taping for the upcoming sixth season of “The Real Housewives of Atlanta” is already underway, and TMZ is reporting on an all-out brawl between a couple of supporting cast mates that happened on the set the other night.

According to TMZ spies, the cast was taping a scene at a party when Phaedra Parks‘ husband Apollo Nida “violently attacked” Kenya Moore‘s assistant Brandon DeShazer, and apparently, it was all over that damn workout tape beef from last season that just won’t seem to go away.

In case you’re not familiar with the story (lucky you!), Phaedra, Apollo, Kenya and Brandon were set to produce a workout video together, but after things fell through, Kenya and Brandon cut Phaedra out of the deal and instead produced their own, something Apollo believes Brandon was behind.

It wasn’t made known exactly why Apollo chose now to allegedly attack Apollo, and what led to the physical altercation. But it happened, and of course it was all caught on tape, which means that we will get to see how this all plays out on TV.

Meanwhile, Apollo’s side of the story is totally different. He told TMZ there was, indeed, a fight on the set, but he wasn’t initially involved, and only “defended himself” after Brandon attacked him.

Whatever the case … OH, BOY. It already looks like this next season is about to be EXPLOSIVE! People love a good reality show fight.