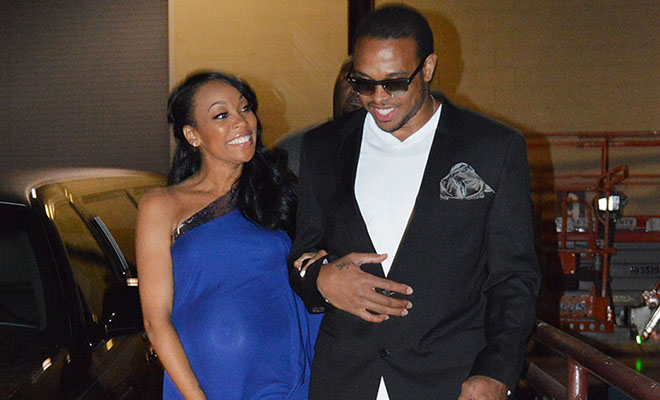 R&B singer Monica and her NBA player husband Shannon Brown welcomed a daughter into the world earlier this week, officially adding a little girl to their family of three boys.

Laiyah is the couple’s first child together, and also the first baby girl in the family.

Monica already had two sons — Rodney (aka “Lil Rocko”) and Romelo — with rapper Rocko when she and Shannon Brown married in 2010. Brown also already had a son of his own — Shannon Christopher — from a previous relationship. News of Laiyah’s birth was first announced by family friend Vanessa Bryant — Kobe Bryant’s wife — on Instagram. She posted a picture of Monica and Shannon, along with the following message:

“I am so honored to announce that baby Laiyah Brown has arrived! Mommy and baby are healthy and well. Congratulations @shannonbrown26 and @monicamylife! We love you guys and we can’t wait to meet Laiyah! #6lbs 9/3/13” Proud dad Shannon confirmed Vanessa’s message by posting a picture of his own — him holding his newborn daughter — with this caption:

Monica expressed her excitement to People about finally having another woman in a family of all men last month at her baby shower. “I know everything about WrestleMania and Tonka Trucks so I’m excited to share shopping dates and manis and pedis with her,” she told the mag.

Congrats to Monica for finally getting her girl, and congrats on the entire fam as a whole!