GOSSIPONTHIS.COM Pop Culture PETA: Eating Chicken Wings Will Give You A Small Penis 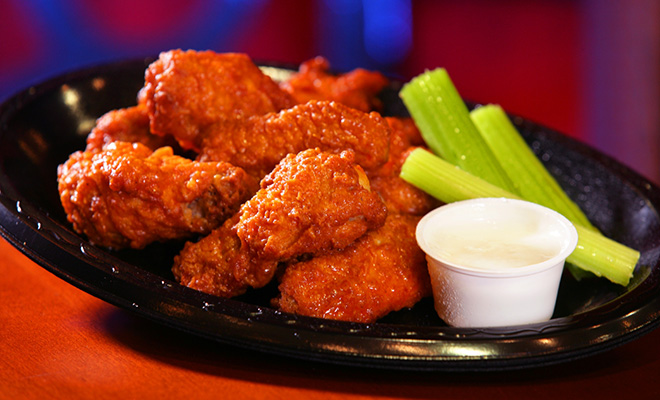 The public nuisance posing as a public advocacy group for animal rights known as PETA is continuing to keep it nice and sensational in a new letter posted on their website that claims pregnant women are leaving their unborn male children prone to a small penis by eating buffalo wings.

As someone who loves chicken wings and is a byproduct of a chicken wing loving mama, I’d like to give the organization a one finger wave for this ridiculous stunt. I’ll let you guess which finger I plan on waving.

The latest scientific evidence shows that the sons of pregnant women who consume chicken are more likely to have smaller penises because of a chemical found in the birds’ flesh. And it’s not just boys who are at risk from chicken. Babies, including girls, of mothers who have high cholesterol counts—and chicken is loaded with cholesterol—can be born with blocked arteries.

“Pregnant women may want to think twice before chomping on those chicken wings, or their sons could come up short,” says PETA Associate Director of Campaigns Lindsay Rajt. “Chickens may be little animals, but they suffer in a big way before their wings are hacked off for a stupid contest.”

Women’s Health magazine got to the bottom of this nonsense, explaining, “The research PETA mentioned from the Study for Future Families didn’t look at chicken consumption at all—it looked at how prenatal phthalate exposure affects boys reproductively in a variety of ways, one of which was penis size.”

It’s scary, yes, but here’s the thing: You gain exposure to phthalates in lots of ways, such as when you use certain personal care products, when you eat out of plastic containers, and when you consume anything on the list of many, many foods that contain phthalates, says Shanna H. Swan, Ph.D., a professor in the department of preventive medicine at the Icahn School of Medicine at Mount Sinai, who conducted the research PETA cites.

What’s more, chicken doesn’t even rank particularly high on the list of foods containing phthalates (spices are actually at the top of the list, according to one German study). “I think any link between eating buffalo wings—even by pregnant women—and the size of their son’s genitals is very tenuous,” says Swan.

How dare you spread falsehoods on the chicken wing? The chicken wing is a national treasure and even if you don’t want to pour hot sauce all over one and dip it in BBQ and/or honey mustard sauce out of love, that doesn’t mean you need to lie on those who choose to.