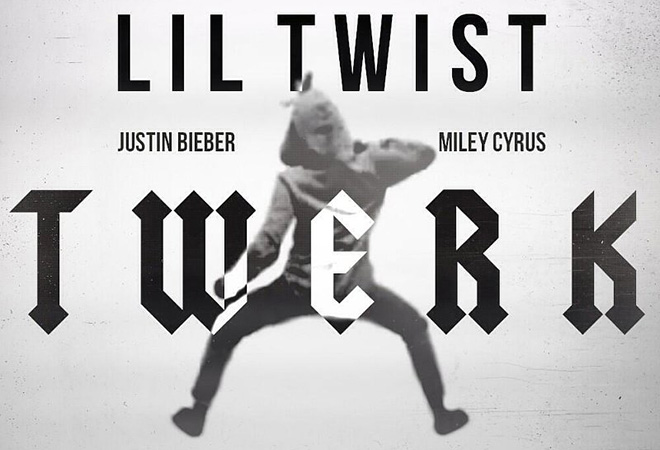 The most obnoxious girl in the world has teamed up with the equally unpleasant Justin Bieber and his bad influence friend Lil Twist for a song called “Twerk,” because, of course.

Upon first listen, I immediately rolled my eyes from South America to Toronto the minute I heard her whiny, white girl voice half-croon, “I came in this party trying to twerk. Turn up. Turn up. Turn up.”

Girl, shut up. You cannot twerk. I miss old Britney Spears, old Madonna (and Hard Candy era Madonna), vintage Pink, and hell, even Fergie. Look at that: Miley Cyrus has me appreciating Fergie’s appropriation. That’s how much I hate girl Billy Ray at this point.

In related news, New Orleans residents would like Miley Cyrus to sit her ass down somewhere and quit false-claiming “twerk.” Like me, they realize she isn’t even doing what she is now getting credit for taking mainstream.

Miley’s version of Twerking is like a little bunny rabbit tweaking its cute and fuzzy tail. It’s like a girl in a grade school play trying to do a Julliard routine. It just doesn’t measure up.

Miley’s version of Twerking is clearly missing some of the elements that New Orleanians have grown accustomed to in a twerk over the years. First, there is no bounce to it whatsoever. She is bringing shame on the twerk. A good twerk is in the hips. Once the hips get bouncing in the correct motion it starts a chain reaction that spreads to the meaty part of the buttocks, which Miley clearly lacks. Once the buttocks start bouncing it creates a circular zen motion that enraptures the body in a twerking bliss of movement. Miley demonstrated none of these other elements. What she does is akin to the people in this video below calling themselves B Boys.

Since she is lacking the hip Twisting motion, and she is clearly not Working it like it is supposed to be done, let’s just take the T and W out of the equation and call it ‘Erking’ so there is no more confusion.

When Miley can twerk like this…maybe she can have the T and W back.