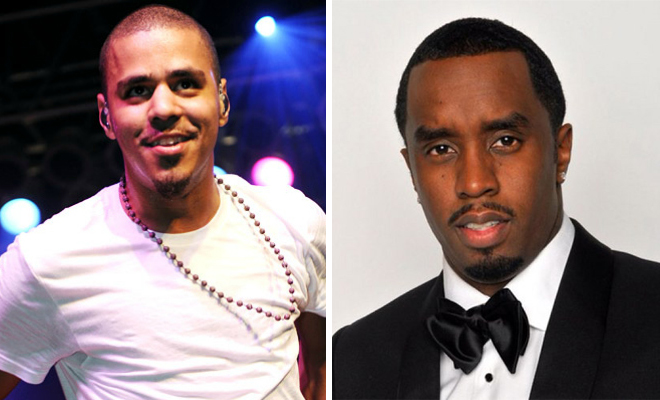 So Page Six claimed that in a fit of light-skinned rage, J. Cole came for Puff Puff Diddy over his girlfriend that he never claims publicly with a title, Cassie.

A witness at the PH-D rooftop lounge at the Dream Downtown told us, “J. Cole was saying inappropriate things to Sean Combs and his girlfriend, Cassie. Sean immediately pounced. Some pushing and shoving happened. No punches were thrown, but it was a visible disturbance. A few bottles splashed to the floor and some partygoers were knocked over, falling on top of Renee Graziano from ‘Mob Wives.’ ”

Other witnesses described it as a 3 a.m. “dust-up” that started after multiple bottles of Diddy’s Ciroc had been downed. Combs walked out of the melee and seemed untroubled, immediately making his way to the mike[sic] to welcome everyone to the VMA bash, and wished Cassie a happy birthday.

Needless to say, folks got to talking. Maybe they should stop depending on how much they believe the actual parties involved.

people will believe anything

As for Diddy Bop:

I usually don’t address rumors but I got too much respect for my bro @JColeNC. We are friends The rumors are not true. We had a great party

Now, let’s move on to something more pertinent like counting down until we see baby picture number two of North West.