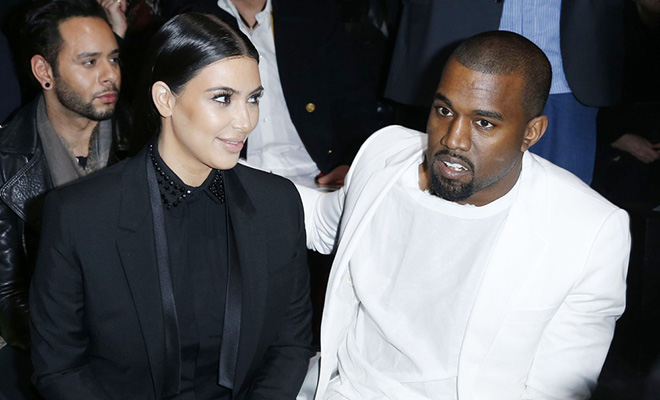 Robin Thicke dry humping a seemingly in heat Miley Cyrus may be what most remember about the 2013 VMAs but that’s not true for Kim Kardashian.

As you probably know by now, Kanye West took the stage and performed his new single “Blood on the Leaves, ” and immediately following the performance, West’s girlfriend Kim K took to Twitter to praise the rapper for his set.

Well, duh. Of course YOU would say that, Kim!

In case you missed it, Kanye’s performance began with the lights dimmed, and eventually he moved in front of an eerie backdrop — the painting “Lynching Tree,” by artist and director Steve McQueen. The work reportedly illustrates a tree outside of New Orleans where slaves were once hung.

The Grammy-winner began the performance with the lights dimmed and slowly revealed a simplistic backdrop–the painting “Lynching Tree,” by artist and director Steve McQueen. According to MTV News, the work illustrates a tree outside of New Orleans where slaves were once hung.

Kanye’s performance may have also earned him back some much needed respect. Last week, West’s already diminishing street cred was reduced further when he appeared on Kris Jenner’s talk show “Kris” to discuss he and Kim’s baby North West.

During his appearance, the 35-year-old presented the first photo of he and Kim’s three-month-old baby girl, and explained that while he and the 32-year-old reality star could have gotten buckets of money to sell the pics to a magazine, they didn’t.

“It’s all this talk about baby pictures and, ‘Can you get paid for the baby picture?’ ‘Do you want to put it on a magazine?'” West said. “To stop all the noise, I thought it would be really cool on her grandmother’s season finale to bring a picture of North.”