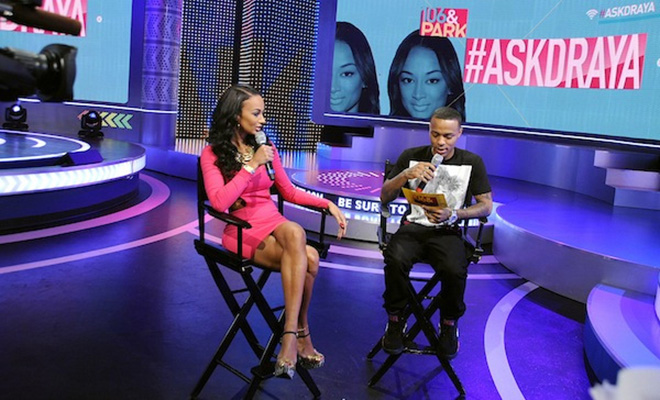 A few days ago, a BET initiated trending topic called “#AskDraya” turned into a day-long bashing of Basketball Wives: LA star Draya Michele over her behavior as a mother.

Back in 2007, Draya was arrested on charges of child endangerment after her then seven-year-old son called 911 and said he had been left alone. The issue came up on the VH1 reality series — she denied the claims, of course — though some viewers continued to question her after it was made clear that her mother was raising her son for her.

Draya’s rationale was that she went out to Los Angeles to work and hoped to earn enough to bring her family with her in LA.

On her appearance on 106 & Park, Draya addressed the criticism:

“Well, the first thing is, I don’t expect people to understand my life. Because it’s my life. I’m not a bad parent in any way. I’m lucky enough to have fans that have followed me from Basketball Wives LA and know that I’m trying to help my family and the set path I’m trying to go with them. Mind ya business!”

She’s right to say that her life doesn’t have to be understood by others, but it’s hard for a reality star whose money-earning power is largely focused on sharing her personal life — i.e. her family — to say “mind ya business.”

I don’t excuse people being assholes towards her, but she made it their business. Hopefully, she can put things in proper context. That is, if she continues with plans to make money off reality television.

Anyway, just for sh*ts and giggles, in case you missed it, here are a few of the mean things people posted about Draya Michele on Twitter (via Hip Hop Wired):