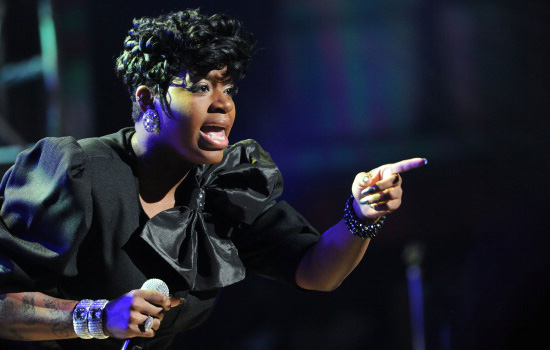 Fantasia Barrino‘s whole existence has been nothing but a struggle from the get go.

The hood rat from North Carolina won the hearts and soul of many when her raspy but earnest voice won her the third season of American Idol. But that was all thanks to the luster and shine put on her by Idol producers.

After they handed the reigns over to Tasia for her second album, all of her ratchet came out. And we won’t even talk about that turrible Lifetime movie either.

More recently, the baby daddy drama with Antwaun Cook has pretty much eaten ol’ girl alive. She was sued by his wife for adultery and the blogs have been going in on Tasia calling her all types of homewreckers and things. Then, this dummy went and got knocked up by him.

Well, needless to say, the scrutiny and criticism by media outlets has been hard on ol’ Tasia and she chose to vent her frustrations on her favorite new social media platform, Instagram.

In her message to her haters, Fantasia complained that with all these other issues going on in the world, like gays marrying and things, why was everyone worried about her?

Many, including her fans, took the statement to mean that she was saying gay marriage was “wrong,” since she compared gay marriage to legalizing marijuana.

Then ol’ girl tried to backtrack with a damn Hello Kitty background post on Instagram, talking about she was “taken out of context.” And now that her apology STILL hasn’t worked, Fantasia has taken once again to Instagram to clear her name. This time her defense is “SOME OF MY BEST FRIENDS ARE GAY!” What? We, the media, make fun of Fantasia’s “grammer”? We’re not monsters. We know how hard Fanny has worked to get on the right side of the Reading Rainbow.

Besides, if we started correcting Fanny’s grammar we’d quickly rack up overtime hours that would violate all sorts of labor laws just making corrections to her incoherent tweets alone.