While most of us were enjoying a quiet Sunday with family and friends, Austrian skydiver Felix Baumgartner was busy making history.

The skydiver teamed up with RedBull to jump from 128,000 in the sky. The edge of space. And he fell faster than the speed of sound — which is really, really fast for those of you non-scientific geeks.

After an initial free fall, he opened his parachute and glided down to the ground, where he fell to his knees with his fists raised, then stood up, smiling and hugging members of his team.

It may not have been the longest-lasting free fall. Mission Control said during the jump that Baumgartner did not “break the record for time elapsed” before pulling the parachute.

His highest estimated speed on the way down was 729 mph.

“Guardian angels will take care of you,” said Mission Control just before he jumped.

“The whole world is watching now,” Baumgartner said, before giving a salute and jumping.

Applause broke out in Mission Control when he touched down.

With nothing but a space suit, helmet and parachute, Baumgartner hoped to be the first person to break the sound barrier without the protection of a vehicle.

Even before jumping, he set a record for floating higher in a balloon — about 24 miles — than anyone else before.

At that height, more than three times the cruising altitude of an average airliner, the thin air provides so little resistance that after just 40 seconds, he was expected to be free-falling faster than 690 miles per hour.

As amazing as all of that stuff is, you would never, ever catch a black person trying to pull that kind of stunt. We won’t even bungee jump so you can forget about ever seeing anyone of negro heritage following in Mr. Baumgartner’s footsteps. 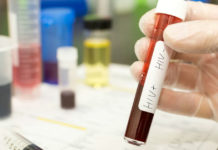 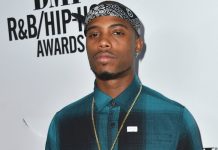