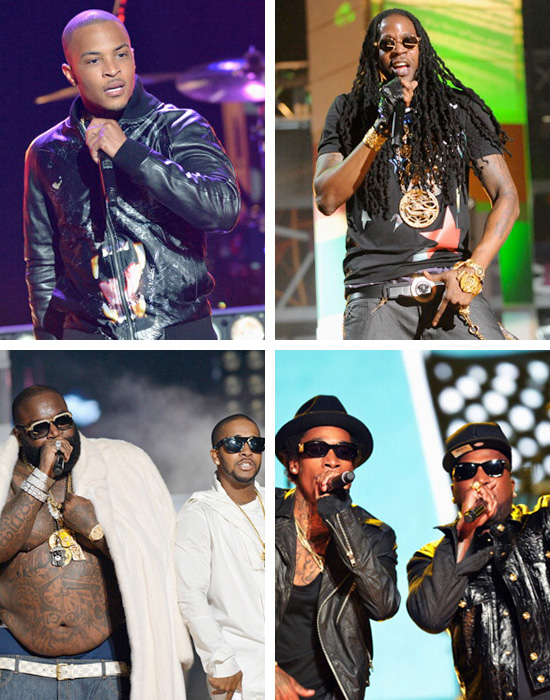 The 2012 BET Hip-Hop Awards were taped Saturday (Sep 29) at the Boisfeuillet Jones Civic Center in Atlanta, and featured performances from Wiz Khalifa, Young Jeezy, 2 Chainz, T.I., Future, Rick Ross and many others.

Hip-Hop legend Rakim also received the “I Am Hip Hop Icon” award from T.I. and Kendrick Lamar, who was honored as “Lyricist of the Year.”

Check out over 30+ pics from the show below: