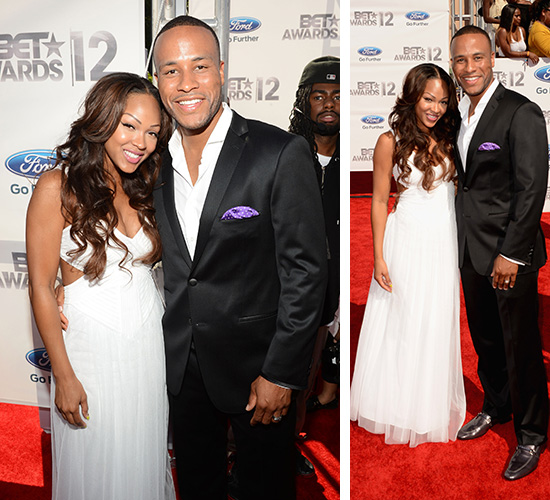 Newlyweds Meagan Good and DeVon Franklin made their first public appearance as husband and wife Sunday night (Jul 1) on the red carpet of the 2012 BET Awards, which were hosted at the Shrine Auditorium in Los Angeles.

Some of the other couples who posed for pics were the show’s host Samuel L. Jackson and his wife LaTanya Richardson, R&B singer Monica and her husband NBA player Shannon Brown, and Actor/comedian Mike Epps and his wife Michelle.

And we should probably put out a “new couple alert” for Flo Rida and Melyssa Ford too … because they arrived together, and looked very “comfy” with each other as they took pictures on the red carpet.

Check out more pics of celebs boo’d up at the 2012 BET Awards below: