Back when Charlie Sheen was yelling “Winning!” he really wasn’t winning … but now he is.

Sheen’s new FX comedy “Anger Management” finally made its highly anticipated debut Thursday night (Jun 28), and even though the show received mixed reviews from critics, it pulled in close to 6 million viewers by the end of the two-episode premiere, setting the record for the biggest comedy debut in the history of cable television.

According to the Hollywood Reporter, the series’s premiere episode averaged 5.47 million viewers, 2.65 million of which were in the highly coveted 18-49 adult demographic. And the second episode, which aired at 9:30 pm, had even better ratings than the first, with 5.47 million total viewers, and 2.89 million in the 18-49 demo.

Sheen stars as a therapist in “Anger Management,” which based on the 2003 film of the same name starring Adam Sandler and Jack Nicholson. It airs Thursday nights at 9:30pm on FX.

So far, FX only has a 10-episode order for the show, but if future episodes meet an undisclosed ratings threshold, the network will order an additional 90 episodes … which means that Charlie Sheen is going to be on TV for the next five years, at least. 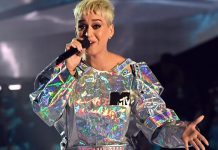