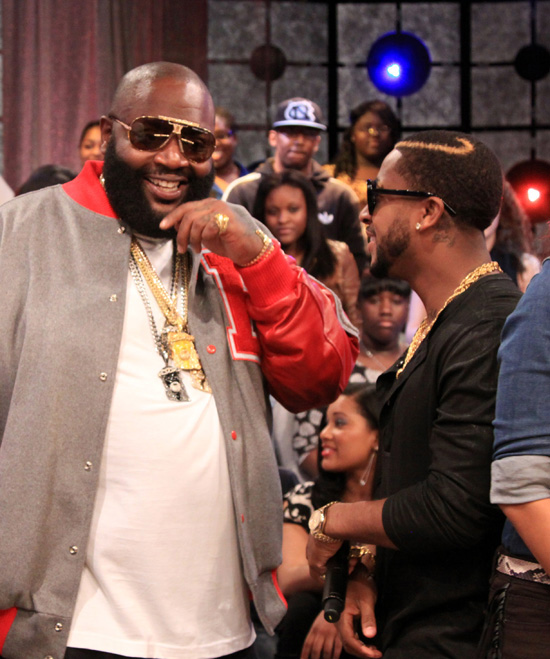 Along with the MMG family (and French Montana), Ross later appeared on BET’s 106 & Park to preview their new video “Bag Of Money,” and officially introduced “Maybach O” to the world.

Peep the footage (and the pics) below: