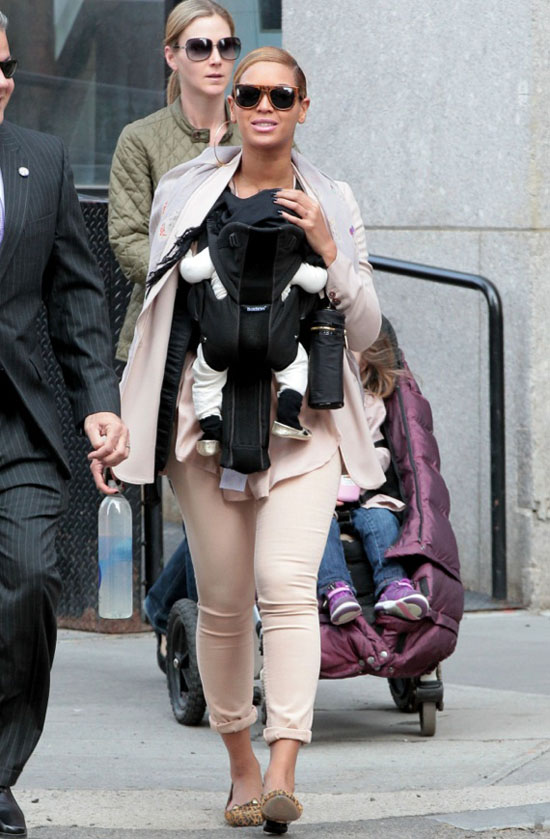 Beyonce and Blue Ivy Carter were spotted out and about in New York City Tuesday (Mar 13) looking like a cute mommy-daughter duo in matching outfits.

Taking their second “mommy and me” stroll together in the city, Beyonce, wearing a pair of Charlotte Olympia ‘Cat-Face’ leopard flats, held two-month-old B.I.C. close to her chest in a Bjorn baby carrier, as baby Blue showed off her tiny gold Marc Jacobs slippers. (Aww!)

Earlier this week, Beyonce and Blue Ivy were spotted taking a walk with grandma Tina Knowles (Beyonce’s mother), while dad Jay-Z was down in Austin, TX performing at the 2012 SXSW festival, where he performed a number of songs, including “Glory,” which was written in honor of his newborn daughter.

Check out more photos of Beyonce and Blue Ivy Carter out and about in New York City below: