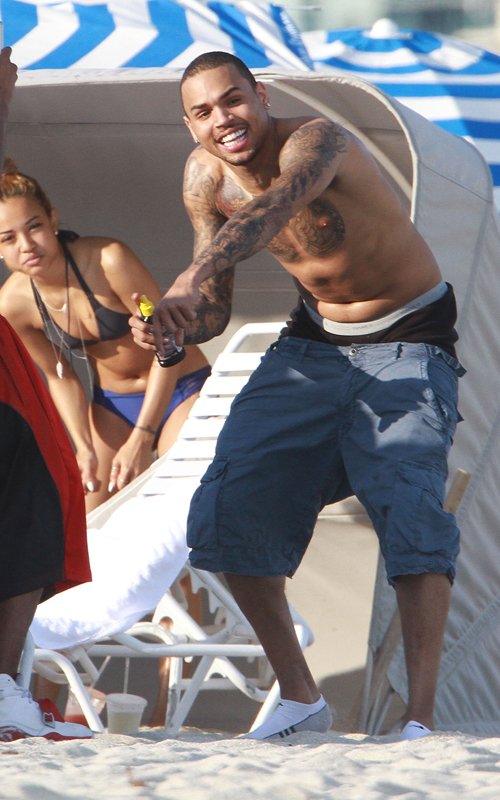 Chris Brown was spotted hanging out on the beach in Miami with some friends and his girlfriend Karrueche Tran late last week. In some of the photos, a shirtless Chris can be seen playing around with a flock of seagulls as his girlfriend and friends watch and laugh on. The R&B singer, fresh off his first Grammy win last week, also took the time to pose for a some pictures with a group of fans.

Judging by these photos, it looks like all is well with Chris and Karrueche, despite reports that Chris and his ex girlfriend Rihanna might be trying to get back together … which is not happening, according to sources close to Karrueche.

Sources close to Karrueche Tran tell TMZ she is unfazed by the recent rash of RiRi rumors. In fact, we’re told CB and KT are now actually living together.

As for CB showing up to Rihanna’s birthday party, we’re told that didn’t bother Karrueche either … because he came home to her that night and whisked her to Miami the next day to celebrate Valentine’s Day.

According to our sources, Chris professes his love to Karrueche daily and he has no plans to leave her for Rihanna.

More photos of Chris and Karrueche in Miami below: