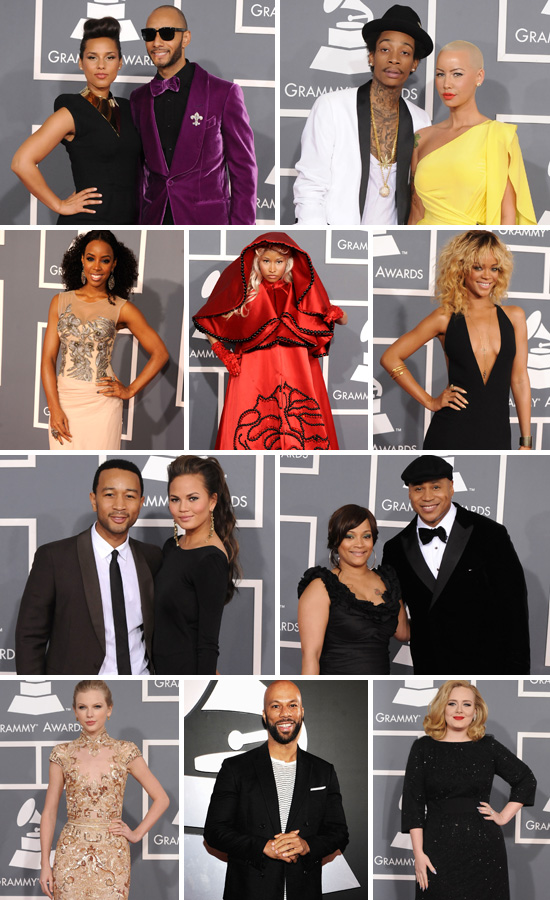 Check out 50+ pictures from the red carpet of the 2012 Grammy Awards below: