The 18th annual Screen Actors Guild Awards were hosted Sunday (Jan 29) in Los Angeles, and here is the complete list of winners!

The SAG Awards are held annually to give film and television actors a chance to honor their peers in a ceremony that sheds light on those who will walk away from the Academy Awards next month with an Oscar trophy.

The night’s biggest winners were Viola Davis, “The Help,” Mary Tyler Moore (who accepted the Lifetime Achievement Award from Dick Van Dyke midway through the show), the “Boardwalk Empire,” “Modern Family” and more.

Outstanding Performance By A Stunt Ensemble In A Television Series
Dexter
*WINNER Game of Thrones
Southland
Spartacus: Gods of the Arena
True Blood 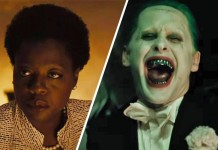