GOSSIPONTHIS.COM Celebs Dakota Fanning is All Grown Up on the Cover of Cosmopolitan Magazine
ShareTweet

Dakota Fanning is not a little girl anymore.

The now 17-year-old actress who first came onto the scene in 2001 in the Oscar nominated movie “I Am Sam” shows off a more grown-up look on the cover of the new February 2012 issue of Cosmopolitan Magazine as their “Fun Fearless Female of the Year.”

“Since I was young, I’ve always known who I was,” the actress, who is currently in the middle of her freshman year at New York University, tells the magazine.

“I never really had to go through finding who I am. I’ve always felt really secure.”

The teenage actress, who began her career when she was just six years old, recently said in an interview with Britain’s Elle Magazine that she can’t believe how much she has accomplished so far at such a young age.

Despite her success, the actress says she went to a “completely normal” high school and tries to live a pretty normal life.

She says she has remained so down-to-earth, in fact, that her friends sometimes forget that she’s a movie star. “My friends are like, ‘Oh wow, I just forget that you do movies.” 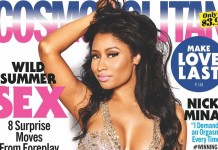 Nicki Minaj Demands That She Climaxes During Sex 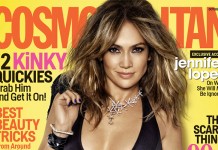 Jennifer Lopez Admits to Feeling Insecure About Singing: “I’m Not Good At This…”

Aww, Poor Kendall Jenner Wishes She Weren’t So Famous and So Thin