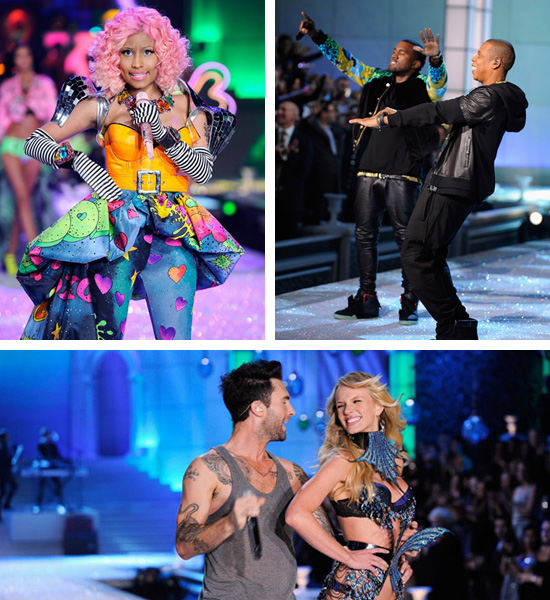 After performing his hit “Stronger” and dedicating it to his mom, the late Donda West, who he called his “superangel,” Kanye West was joined onstage by Jay-Z for their first televised performance of “N**gas In Paris,” the next single from their collaboration album “Watch the Throne.”

Next came Maroon 5, who performed their hit “Moves Like Jagger” as the models strutted their stuff down the runway.

Front-man Adam Levine broke away from the band when his girlfriend Anne V. hit the runway, and he serenaded her as the pair walked hand-in-hand down the catwalk.

And last but not least was femcee Nicki Minaj, who helped close out the show with a performance of her hit single “Super Bass.”

The Victoria’s Secret Fashion Show will air on Tuesday, November 29th at 10 pm ET on CBS.