GOSSIPONTHIS.COM Celebs Kelly Rowland Accidentally Confirms that Beyonce and Jay-Z Are Having a Girl 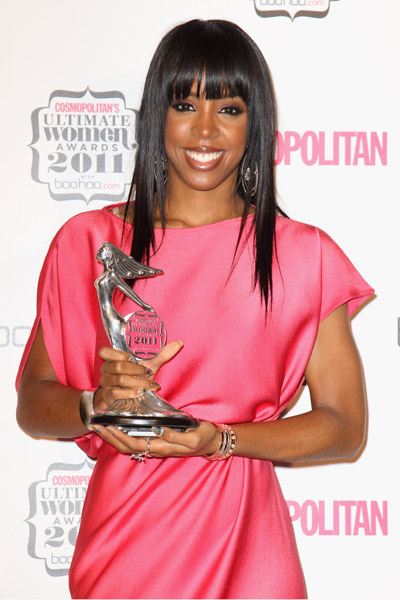 Beyonce and Jay-Z are having a baby girl!

Or at least that’s what Beyonce’s BFF Kelly Rowland slipped up and revealed when chatting with US Weekly at the 2011 Cosmopolitan Ultimate Women of the Year Awards in London last Thursday night, where the R&B singer won an award for “Ultimate TV Personality” for her role as a judge on the UK version of the “X Factor.”

When asked what she might get for the baby at the upcoming baby shower, an excited Rowland said, “I don’t know. I think her dad is gonna give her everything anyways, all I can give her is love.”

Oops! Did Kelly just use the female pronoun “her” in reference to Beyonce and Jay-Z’s unborn baby?

She sure did. And she “accidentally” confirmed that Beyonce and Jay-Z are having a girl once again with UK media outlet Bang Showbiz:

“I have no idea what I’m going to buy Beyonce at the baby shower because Jay is going to buy that little girl every single thing possible. She won’t be spoilt but she will be very well looked-after. I’ll be on hand for babysitting duties and I’m actually very good with messy diapers!”

While Beyonce and Jay-Z have yet to officially confirm the gender of their baby, speculation about them expecting a girl has been mounting for weeks.

“Beyonce is thrilled she’s having a daughter,”” a close friend of Beyonce’s revealed to US Weekly a few weeks ago. “She and her mother are so close, and she’s wanted to have that relationship with her own child.”

Take a look a few pictures of Kelly Rowland at the Cosmopolitan Ultimate Women of the Year Awards below: