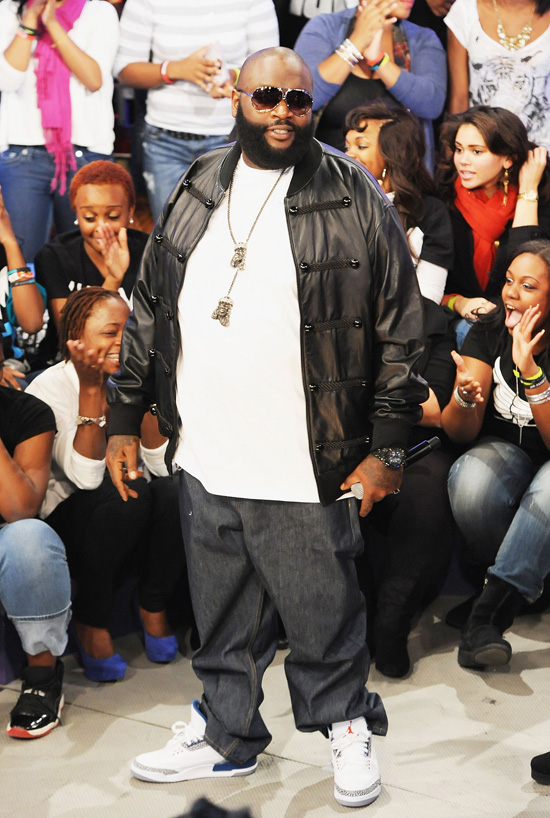 Rick Ross stopped by BET’s “106 & Park” yesterday and made his first major TV appearance since his health scare earlier this month when he suffered two seizures back-to-back.

The Maybach Music CEO explained to hosts Rocsi and Terrence J that his long work hours and the fact that he hasn’t had a good night’s sleep in over 5 years put his health at risk.

He said, “Being the fastest growing label in the game, wanting to be the number one label in the game, it comes with a lot of sacrifices and in my case it was sleep. I would get two hours of sleep and keep moving. Me being a hustler.”

Ross says his doctors tested him for cancer, diabetes, HIV and more, and the tests came back showing that the rapper is “totally healthy.”

“It was a case of me not getting enough rest, enough sleep,” he said, adding that these days he’s making sure to leave room for naps.

The rapper also revealed that he recently worked on a collaboration with Jay-Z.

“Me and Jay-Z finished the biggest collaboration that we’ve ever done together, for my album,” he said.

Rick Ross was also joined by rapper and MMG artist Wale, and R&B singer Jeremih for the interview at BET Studios in New York City.

Watch the interview (and check out the pics) below: