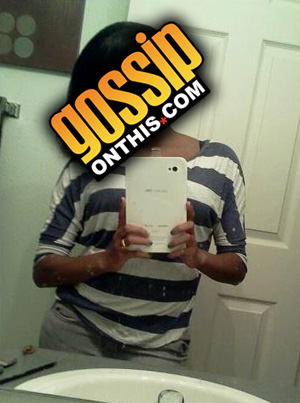 Amber Cole is a 14-year-old female student who became the subject of a Worldwide Trending Topic on Twitter on Sunday, October 16th after being featured in a viral video showing her performing a sexual act on one of her male classmates after school.

In the video, Amber can be seen on her knees servicing the boy outside what appears to be the doors of a school in a way that would make even Superhead (Karrine Steffans) blush.

While we don’t know the full story behind the situation, there are rumors floating around that the boy Amber is pleasuring in the video was her “first love” and she “lost her virginity to him.” Apparently, the boy broke her heart, and she was trying hard to “win him back.”

He told her in order to get him back, she had to perform oral sex on him. So Amber, being the young, naive, teenage girl that she was, fell for it, and did as requested.

But little did she know, someone was actually recording the sex act, and not only that, but they took her humiliation a step further and posted it on the Internet for all to see.

Once the video hit the net, it was a “hit” among Internet users who shared the clip, which could be considered child pornography considering the age of the subjects in it, and before long, “Amber Cole” was a Worldwide Trending topic, with people calling her disgusting names and basically slandering her image.

Parents, bloggers and others are voicing their concern for Cole alleging that the video contains child pornographic material and sharing it could potentially be a criminal act.

The person or persons responsible for uploading the explicit clip have yet to be identified, and the date and time at which the video was recorded is unknown.

Thankfully, more people have seen the parodies and reaction videos than they have seen the original video that shows the young woman participating in “extra curricular” activities after school.

Comments regarding the story are pretty divided, with one side being mean and hateful and making jokes about the situation, and the other side voicing their concern about the impact all of this could have on the girl in question.

But regardless of what side of the fence you are on it is clear that this Amber Cole girl was taken advantage of.

It’s one thing to record something like that and pass it around school (which is also wrong) … but to post it on the INTERNET, of all places? Wrong doesn’t even begin to describe it.