Blake Lively and Leonardo DiCaprio have called it quits after only five months of dating.

Reps for both stars confirmed the news to US Weekly, adding that the pair “remain friends.”

The A-list duo were first spotted getting cozy aboard Steven Spielberg’s yacht in Monte Carlo back in May during the Cannes Film Festival.

In the following months, the 24-year-old “Gossip Girl” star and the 36-year-old “Inception” actor continued a whirlwind romance that spanned across the globe. The couple were spotted everywhere, from Italy, to California, to New York City.

DiCaprio is currently filming “The Great Gatsby” and will star in the upcoming J. Edgar Hoover biopic, while Lively is set to star in the Oliver Stone pic “The Savages,” slated for release sometime in 2012. 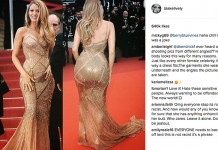